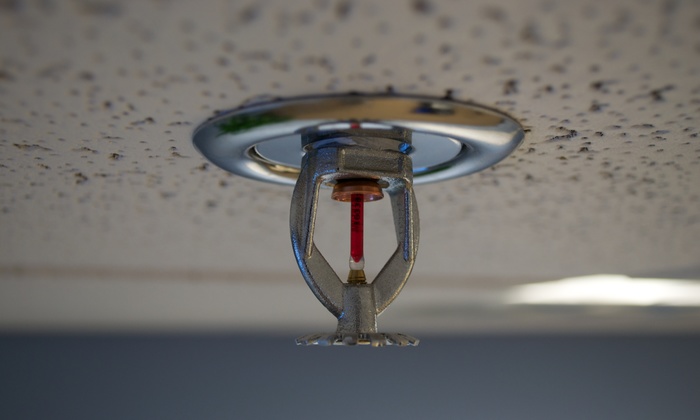 Fire sprinklers and water mist systems are the ultimate fire safety and fire protection solution in buildings. They can be installed in industrial and commercial settings as well as in domestic and residential buildings

Fire sprinklers are activated by the hot gases produced by the fire which rises up towards the ceiling. The heat from the fire causes a cap inside the sprinkler to be released allowing water to flow onto the diffuser. The water is then sprayed out of the diffuser onto the burning material. The water quickly reduces the heat from the fire, cooling the burning materials to below its ignition point, reducing the smoke and controlling the fire. The NFPA Journal evidences that where fire sprinklers are fitted there is a significant drop in fire deaths and injuries as well as reduced property damage and less water needed for firefighting.

The benefits of fire sprinklers

Installing automatic fire suppression systems, such as sprinkler systems can:

When properly installed and maintained, fire sprinklers are proven to save lives. However, there are many myths about sprinklers that prevent people installing them.

Sprinklers operate very early in the development of a fire and so require a relatively small amount of water to extinguish it. They use a fraction of the water used by the fire service to extinguish a fire.

Sprinklers will go off accidentally

Fire sprinklers are designed to activate when it senses a significant change in heat. They will not be activated by a burning match, smoke or steam from cooking. The London Fire Brigade says the chance of a sprinkler going off accidentally is 1 in 16 million.

In the event of a fire, all the sprinklers will go off

Only the sprinkler closest to the fire will activate, spraying water directly on the fire. In the majority of fires, only one or two sprinklers are activated before the fire is extinguished.

The pipes are prone to frost damage

Like hot water heating systems sprinklers can be provided with various forms of frost protection.

The cost of fitting sprinklers during the construction of a building or retrofitting them is significantly less than people think.

We supply evacuation equipment, including logbooks and first aid kits, and evacuation aids to help you make sure you can safely evacuate your premises in the event of an emergency.

We stock a range of fire alarm systems, smoke and heat alarms for the detection and warning of fire.

We offer a range of professional online, classroom-based and practical fire safety training courses and DVDs.