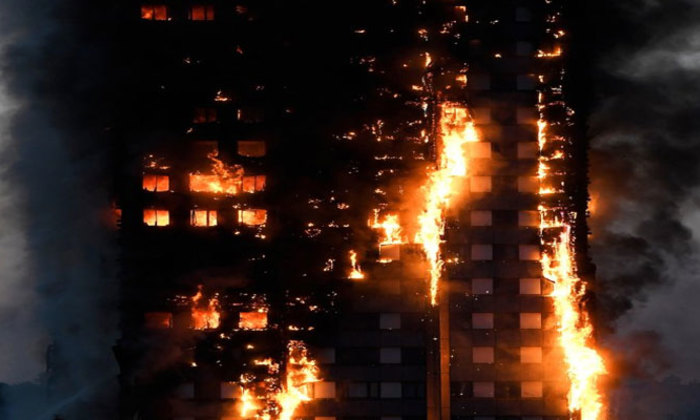 A devastating fire broke out at Grenfell Tower in Latimer Road, near Notting Hill shortly before 1am this morning (Wednesday 14th June) engulfing the 24 storey block.

6 people have been confirmed dead with the death toll expected to rise as many residents have been reported missing following the blaze. NHS England said 74 people have been taken to six London hospitals, with 20 of them in critical care.

Up to 600 people are believed to have been inside Grenfell Towers 120 apartments when the fire took hold, which many witnesses have reported started on the 2nd floor – but this has not been confirmed.

Two hundred firefighters were at the scene at the fire’s peak, along with 40 engines and a range of specialist vehicles, including 14 fire rescue vehicles. In addition, at least 20 ambulance crews were in attendance.

Witnesses have described scenes of horror with residents seen waving and screaming from their windows, as firefighters fought to rescue them. There are unconfirmed reports from a number of witnesses who spoke of seeing residents jump from their homes as they were engulfed by flames.

Many described seeing people frantically turning lights on and off trying to alert people of their location before seeing those window turn black with smoke and then being taken by the flames.

Other reports speak of parents throwing children from the block in an attempt to save them from the smoke and fire. A baby was caught by a member of the public after being dropped from the ninth or 10th floor, a witness said.

The tower, which was built in 1974, recently underwent a major refurbishment, which has raised many questions today regarding fire safety precautions put in place, including fire alarms and sprinkler systems – which are not currently mandatory in high-rise accommodation. Others are questioning the fire retardancy of cladding used during the refurb.

The Grenfell Action Group, a residents’ association, repeatedly warned about the risk of fire in the tower and claimed that a major blaze was narrowly averted after a power surge in 2013. The group claimed access to the building was “severely restricted” for emergency services and other vehicles and that residents were advised to stay in their flats in the case of fire.